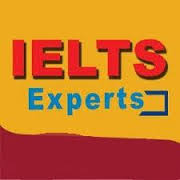 Reducing that – clauses to to – infinitive clauses

= I want to see him today , but maybe it wont be possible.

= She made up her mind to help her parents.

It is necessary that learn English.
essential
important

It is necessary   for him to learn English ( 1 )
essential
important

Exercise 1. Rewrite these sentences , reducing the that – clauses to to – infinitive clauses.

Exercise 2. In which of the following sentences , can you use an infinitive noun clause instead of a that – clause ? Maket he neccessary alterations where possible.

1 ) Ekim hopes that he will pass the exam.
2 ) The teacher hopes that Ekim will pass the exam.
3 ) Parents always hope that their children will be happy and healthy.
4 ) Parents always hope that they can give the best to their children.
5 ) He expected that he would arrive early in the afternoon.
6 ) He expected that she should arrive early in the afternoon.
7 ) He decided that he would stop smoking.
8 ) He decided that his daughter must be in the house every night by ten o ‘ clock.
9 ) Columbus hoped that he would find the southwest passage to India.
10 ) Queen Isabella hoped that Columbus would find the southwest passage to India.

Question – word noun clauses can often be reduced to to – infinitve clauses but the question word remains :

As seen , when a noun clause begins with how , what , where , when or whom, and is in the position of object , and its subject is the same as the subject of the main clause , it can be reduced to a to – infinitive clause , omitting the subject and helping verb if there is one.

1 ) He remembered what he should do.
He remembered what to do.
2 ) I cant decide what I should wear.
3 ) She knew when she should speak.
4 ) They were told where they could find a doctor.
5 ) We understood to whom we were to give it.
6 ) The fisherman knew where he could catch it.
7 ) She doesnt know what she should say.
8 ) They planned when they would go on holiday.

1 ) I know what I should do.
I know what to do.
2 ) It is essential that every student do his homework.
3 ) She is very happy that she has been chosen as Miss Turkey.
4 ) I havent decided yet whether I should go for a holiday.
5 ) The teacher told us how we could learn English.
6 ) It is important that everybody should pay his / her tax in time.
7 ) It is necessary that you should have a check – up.
8 ) Could you tell me how I can make a cake ?
9 ) I dont know when I should see the doctor again.
10 ) I am glad that I have passed all my exams.
11 ) It’s vital that we get there on time.
12 ) She’s very angry that she hasnt been promoted.

Exercise 5 . Rewrite these sentences , changin the reduced clauses into ones having subjects.

1 ) I hope to see you today.
I hope that I will see you today.
2 ) Living in the village , we dont have an air pollution problem.
3 ) Studying at the teacher trainig school , I took photos to earn pocket money.
4 ) I dont know what to do.
5 ) A person having self – confidence cant be pessimistic.
6 ) Though dismissed , he is very unhappy.
7 ) Whether guilty or innocent , she mustnt be scolded.
8 ) Since leaving school without having permission he has been punished.
9 ) You can make any changes if necessary.
10 ) It is nesessary fort hem to be at the meeting.
11 ) It is essential for a baby to be fed on its mother ‘ s milk.
12 ) Thet did their best to win the match.
13 ) The security forces found a lot of guns and bullets buried in the field.
14 ) A man having little or no hair on the top of his head is bald.
15 ) The boss suggested being punctual.
16 ) Is there anything to eat ?
17 ) The judge told the eyewitness to tell the truth.
18 ) The police checking all the buses leaving the bus station caught some criminals trying to escape.
19 ) The passangers wounded in the traffic accident were taken to hospitals nearby by ambulances.
20 ) I like to see the mountains covered with snow , looking like a bride wearing a wedding dress.
21 ) We generally say goodbye when leaving the house.
22 ) The traffic policeman warned me to wear the seat – belt.
23 ) I remembered telling you.
24 ) While at work , I only think about what I’m doing.
25 ) I saw her stealing your purse.

Exercise 6 . Rewrite the sentences below , beginning with ‘ Do you know .. ‘ to make if / whether – clauses. Note that if and whether always suggest that there are two alternatives.

Exercise 7 . Complete the response to these questions with an ‘ if / whertehr – clause ‘