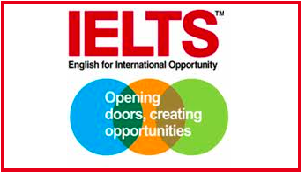 Omitting ‘ that ‘ in noun clauses
That can be omitted from noun clauses except when that goes at the beginning of the sentences or after most abstract nouns :

The news that the President had been assassinated shocked the nation.
NOTE : News is an abstract noun , so that cannot be omitted.

Omitting ‘ that ‘ in noun clauses

Exercise 1. Rewrite the following sentences , omitting the word that where possible.

1 ) That he will go far away in life is easy for all to see.
2 ) It is obvious that Galatasaray will win.
3 ) They said that it’s easy if you try.
4 ) She said that she would come today.
5 ) That Turkey is a great  nation , there is no doubt.
6 ) He was encouraged that so many people clapped.
7 ) I am sorry that I cant help you.
8 ) The report that global warming was a threat went unheeded.
9 ) The belief that the world will end in the year 2000 is stil widespread.
10 ) It would seem that we are rather late.

It is nice that the weather wasnt wet.

This could , grammatically speaking , have been expressed as ‘ That the weather wasnt wet was nice ‘ but this would be ridiculously formal. The ‘ It ‘ construction is more normal :

That he should have done this is unbelievable. ( emphatic / formal )

The above sentences emphasise disbelief at whatever it is that has happened , the sentences below are less formal :

Exercise 2. Rewrite the following sentences , using that as in the example.

1 ) That Pavorotti has cancelled his concert is dissappointing.
It is dissappointing that Pavorotti has cancelled his concert.
2 ) That there are no lights on in the house is suspicious.
3 ) That he will be elected is a foregone conclusion.
4 ) That she died of natural causes must be questioned.
5 ) That a new power station was to be built was announced by thr government.
6 ) That the man killed before was ignored by the psychiatrist.
7 ) That most people dislike rudeness is understandable.
8 ) That he spoke so carefully was very revealing.
9 ) That a leader should have leadership qualities is often disregarded in modern politics.
10 ) That children can no longer play safely in the streets is scandalous.

As seen in the passage above , noun clauses beginning with a question word ( what , where , when , how , why , who ) or the conjunction whether can be used in an object or subject position just like o noun.

Exercise 3. Answer the following questions from the passage.