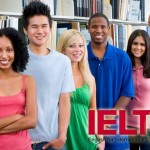 My name’s Lorena.I was born in Mexico and came to the United States when I was two. According to Mexican culture,when spoken to by an adult, children showed respect by bowing their heads and not looking the adult directly in the eye. This way of showing respect caused me problem when I went to school.
It was a sunny September morning,at my first day at my private school. The only person I knew was Tina,a girl from my Sunday school,and we sat next to each other and talked.The whole class was talking  and giggling everyone was happy to see old friends again.
Mrs. Georges asked us to be quiet. Then she passad out papers with addition and subtraction problems. Almost immediately,Tina asked me,” What did you get for number four ? ” I started to tell her, but Mrs. Georges called out ” Korena, turn around and be quiet “. Just then, the school secretary came into the room with a message for Mrs. geoerges. While they were busy speaking, Tina asked me another question. I turned to tell her to stop.Mrs. Georges must have seen me. She called out “
My hands got moints. My heart beat fast. I took slow,short steps up to Mrs. Georges’s desk. In a whisper I said ” Yes,Mrs. Georges ? ” I looked down at the floor. Mrs. Georges asked, ” What were you doing ? ” I kept my head down and didn’t say anything. Her voice got lauder. ” What were you doing ? ” .

The next thing I knew,Mrs. georges grabbed my arm tightly ” Şook at me when I speak to you ” she said and made me look at her.I was scared because I had never before looked into the face of an adult who was speaking to me – not even my parents or grandparents.
For the rest of the day I felt very upset and when I got home,I told my parents what happened. The next day,my mom went to school with me. We met with Mrs. Georges  explained that in our culture it was disrespectfull to look an older person in the eye.
Mrs. Georges  explained that in American cuşture it was disrespectfullto not to look someone in the eye. When I understood, I told Mrs. Georges that I was sorry. She said she was sorry,too , and then she gave me a big hug.
As a result of this experience I always try to look at anyone who is speaking. I am a part of America because I live here. I have had to adapt and now I tell my own child to look at me when I speak to her. I do not want her toexperience what I did. That day in school , Mrs. Geoerges and I learned the hard way, but it helped us both.

Tell whether these sentences are true or false .

1 – In Mexico , children show  respect for adults by looking then in the eye.
2 – On her first day at her new school, Lorena did not know anyone in her classroom.
3-Lorena wanted Tina to give her an answer to a math problem.
4-Mrs.Georges got angry when she saw Lorena turning around to talk to Tina.
5-Lorena became scared when Mrs. Georges called her up to the desk.
6-Lorena had never before looked an adult in the eye while they were speaking.
7-Mrs. Georges apologized when she found out why Lorena would not look her in the eye

1- What was Lorena taught to do when speaking to adults?
2- How did Lorena know Tina?
3- Why was Lorena about to talk to Tina?
4- How did Lorena feel when Mrs.Georges called her to the desk?
5- Why did Mrs. Georges become really angry and grab Lorena’s arm?
6- What happened the next day?